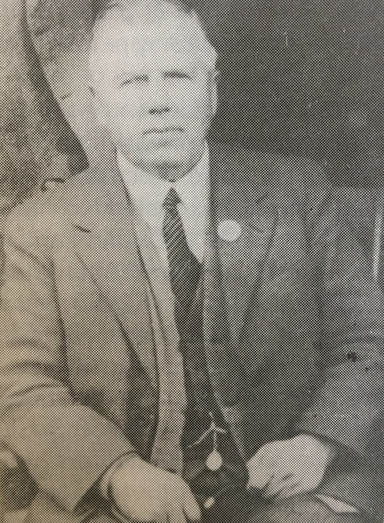 Mr Adolph Christensen became a Councillor in 1905, stood against George Williams in the 1908 election and succeeded in winning the mayoralty which he held for three years till 1911 when he relinquished the position to James McKenna. Christensen came back as a Councillor in May, 1913 for a further six years following which he again had two years as mayor starting in June 1919, completing this term in 1921.

After a short break till 1925 he resumed as Councillor and was deputy mayor for 1935. He finally resigned in August, 1936, after completing 25 years council service.
Christensen could well be called a self-made man, achieving his position in business and the community by hard work, application and determination. He came to New Zealand from Denmark in 1889 at the age of 23 on the recom-mendation of a visiting friend who had already settled in New Zealand.
He left behind his wife Louisa with their infant son Aage Bernhard, to try his fortune. In Copenhagen he had been a waiter but this was not much use in New Zealand and shortly after arriving he was in Patea finding work at the Western Caning and Packing Co. with Mr Oldham.
From this he saved enough to bring Louisa and “Ben” out from Denmark and set up home near the Harbour wharf.
A son, Arthur, was born and all was going well when the slump developed and Adolph was out of work. A hard labouring job in the building of the Wanganui-Pipiriki road provided, a little money for a while.
More sadness came when a daughter was born who died in infancy. The turning point came when Mr Murgatroyd at the fellmongery needed a worker and Adolph within 15 minutes of hearing of the opportunity, was at the works and taken on.
Like most immigrants Adolph and Louisa picked up the English language with the aid of their children who got on with the local children learning from them. In 1898 they subscribed to the local library so increasing their knowledge and Adolph studied the newspapers and learnt of politics and issues of the time.
By 1900 (with the birth of Cecil), there were three sons. After Ben went to school he was able to help his parents learn to read and write English and before long his father could  manage  necessary business letters and make re-ports etc. About this time they had an ornate, elegant home built at 26 Leicester St. His second wife Elsie sold it to Edward Derrett after Adolph's death. In May 1947 it was purchased by Robert Albert (Bob) & Florence Kathleen ( Mickee) Adams. They lived here for many happy years, raising their 4 children here - Robert, Glynne, Kathleen & Donald. It was sold in 1997 when Mickee moved to Wanganui to live. Then a few years ago this house was relocated to 56 Veale Rd, in New Plymouth
As he was also a good worker and got on well with his co-workers Murgatroyd chose him for foreman and was so impressed with him that, when in 1902 Murgatroyd decided to return to England, he offered Adolph the chance to buy out the fellmongery business. A local financier took on the risk and Adolph was able to borrow to set himself up in the business. From then on he made his way very successfully, built a new home and by 1906 had enough money to send his wife and three sons on a visit to Denmark.
By 1909 he was able himself to finance other projects and to make two trips to Europe where he established agencies to sell direct to the London market. The Great War brought a change to the situation. The Imperial Government commandeered all supplies of wool, skins and hides and offered a contract price to New Zealand suppliers.
This was not sufficient for Christensen to continue his business privately, so during the war the fellmongery was taken over by Patea Freezing Co.
“Ben” Christensen at 26 became its manager and Adolph was involved in a new wool purchasing scheme where wool was bought on valuation and he was appointed by the Government as a valuer.
After the war Adolph made a third trip to Europe with his son Cecil. (His son Arthur had been killed in 1915 at Gallipoli.)
After the war Adolph retired from business and devoted his time to his local bodies interests. He had been mayor twice but his great interest was the Port and he put his greater efforts and interest into his position as chairman of Patea Harbour Board which he held from 1912 to 1937. In 1914 there was much  controversy  over the  decision on
the breakwater extensions but these were started in 1915. He had the time and personality to make advantageous contacts with authorities in Wellington and seemed to be a successful diplomat where various local interests were concerned. He was largely responsible for raising a loan for harbour works and negotiated a loan for electricity retic-ulation modernisation in 1932.
Among his other activities he joined the chamber of Commerce in 1905 and became a member of Freemasons in 1908, he was a J.P. and at some time had been a fireman, a member of the school committee and of the local committee supporting Dick Seddon. He was a generous supporter of many charitable organisations and local activities, was a patron of the Patea Brass Band and a churchwarden of the Anglican church.
As a bowls player he was prominent in the South Taranaki Shield and provincial competitions and tournaments. His wife Louisa Catherine died at the age of 68 in 1933 and is buried in Patea Cemetery. Three years later Adolph retired from his council work and the next year, from the Harbour Board.
In the “30s” the Australian opera singer Elsie Fischer whose stage name was Elsa Stralia had undertaken various tours of New Zealand and in those days Patea was on the circuit for overseas visiting artists. Her visits resulted in a late marriage for Adolph. In 1936 they were married and together they left Patea to live in Sydney, Australia for a time. He died at the age of 76 in Auckland and was buried there in October, 1942, but it was “Patea that was the place he loved best in all the world.” 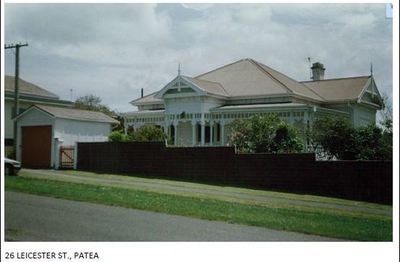 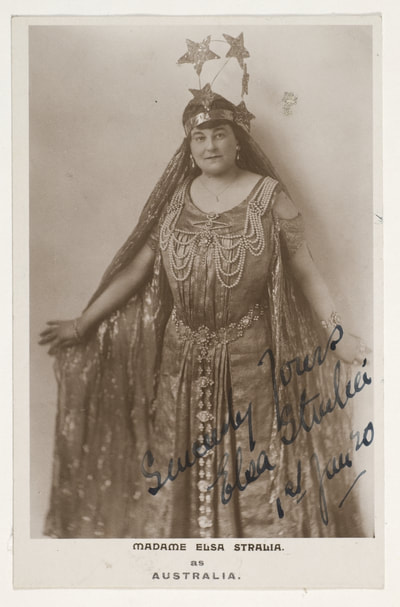